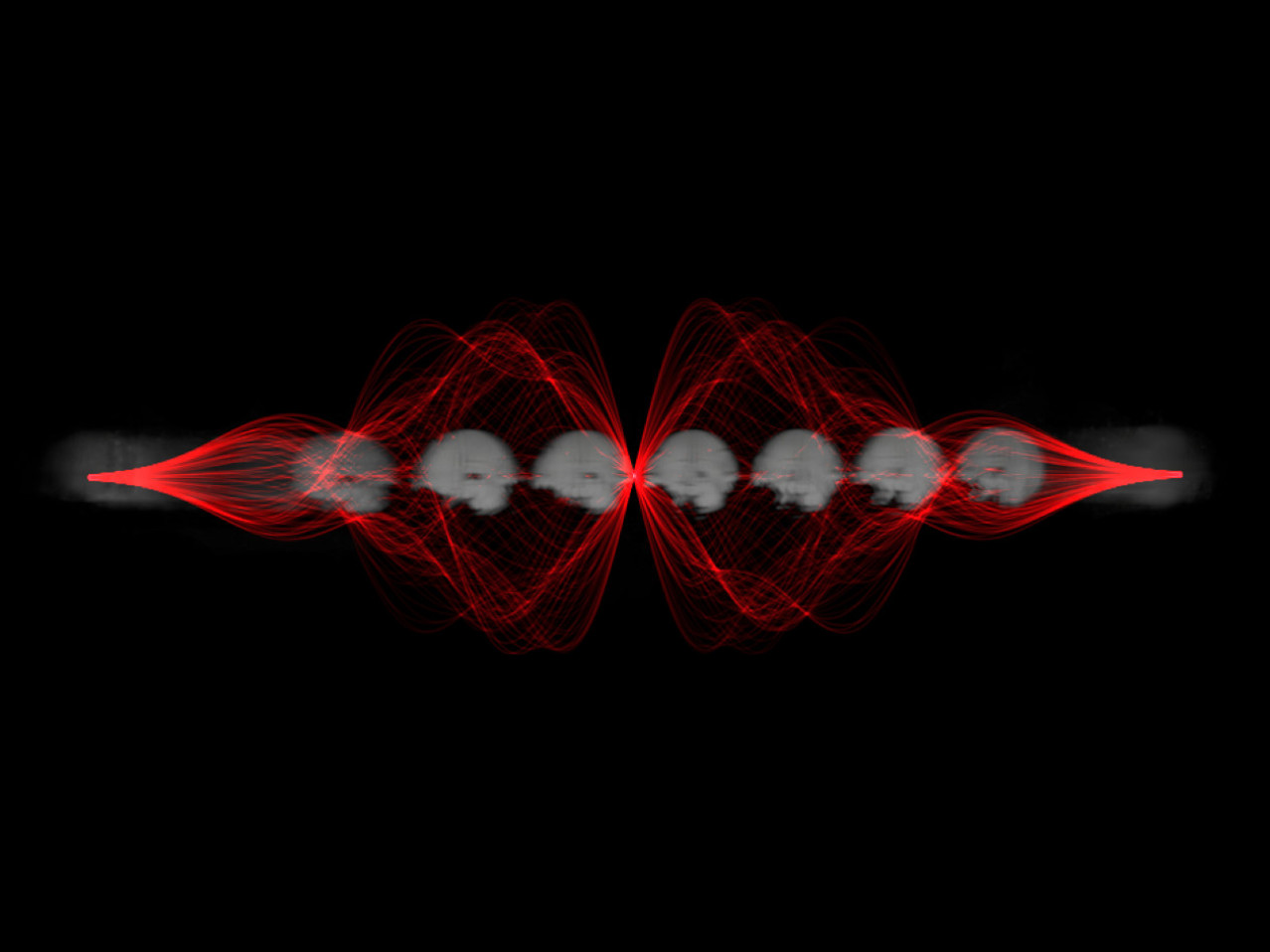 Classical objects push and pull in tangible and deterministic gestures. A Newton's cradle collides on one side, energy courses through the system, and it erupts on the other side. Quantum objects mystify the imagination with erratic and unpredictable behavior. Psi guides the listener from a classical mechanical sound world into a quantum soundscape populated by quantum harmonic oscillators. For these quantum sounds, I created a software (freely available from my website) that sonifies evolving wave functions using the time-dependent Schrödinger equation. Psi is the culmination of years of compositional work and research into the sonification of classical and quantum systems.

The narrative of Psi unfolds from the contrast between classical and quantum systems. The piece begins with the sound of a Newton's Cradle; the quintessential classical system. Some synthetic sounds based on the same physics are added gradually while leaving the focus on the sound of the Newton's cradle. This material is explored extensively from various perspectives, diving deeper into the sounds before zooming in to a level where quantum effects begin to emerge. In this quantum sound world, particles become smeared out into droning waves and jump around in the stereo field unpredictably. Eventually, echoes of the classical return as processed versions of the cradle sounds from the beginning, now unstable and flitting about the sound field haphazardly. Quantum particles dance like tiny corpuscular creatures popping in and out of our perception, spinning, collapsing, dispersing, and entangling with one another. The activity grows as we begin to zoom out and widen our perspective once again. We finally emerge from the quantum sound world to re-examine the Newton's Cradle with the remnants of the quantum effects now coloring our aural perception.